and other book retailers. 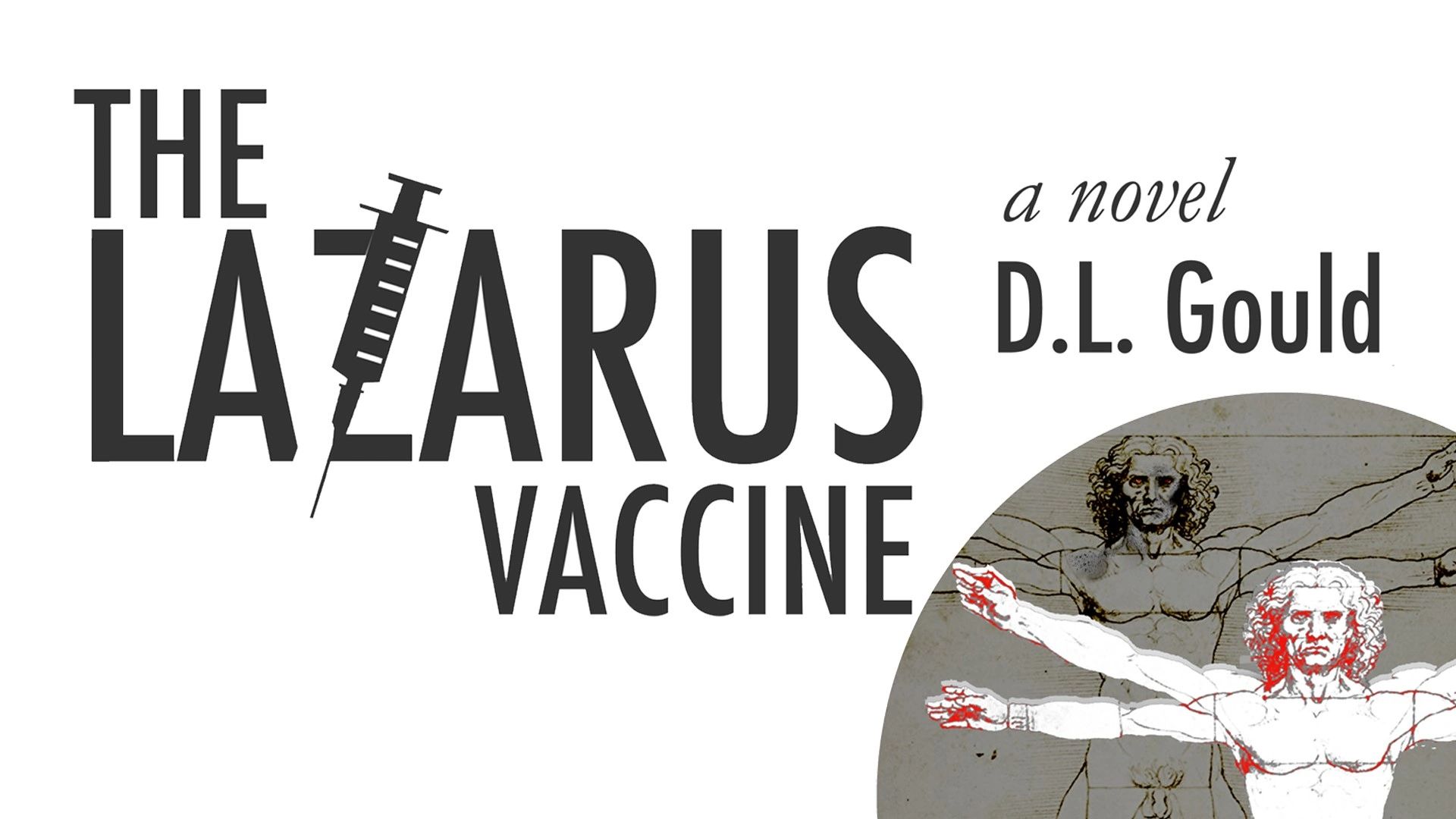 "Someday... we will be able to cure everything."

During a violent thunderstorm at a poor farming village in Mexico, lightning strikes and a man appears out of thin air. His body is covered in horrible scars, and he has no memory of who he is or where he came from.

2,500 miles away, in Crooked Lake, Michigan, two high school seniors, Jason and Adam, are about to have their friendship pushed to the limit when a mysterious hacker named Lazarus enters their lives. Lazarus is the world's greatest hacker and a zealous social warrior who makes a lot of big talk about starting a revolution and "curing" humanity. Adam is enthralled, but to Jason, she's just another computer nerd and conspiracy theorist caught up in the world's culture wars.

Back in Mexico, the strange man with the scars is slowly recovering his memories. There is something he must do. Something he was sent to do...

These two independent narratives will converge into one explosive storyline. What they have in common: Lazarus. To Adam, she's a friend; to Jason, she's a nuisance; and to the man with the scars, she's the deadliest threat the world has ever faced.

Learn about the author and where his inspiration comes from.

DL Gould grew up in Michigan and now teaches high school English and Creative Writing in the Chicago suburbs. He received his Bachelor of Arts at Western Michigan University and Master of Arts at Governors State University.

Gould credits his family and several amazing teachers for his love of reading and writing. His father and grandmother always had a book in hand and helped turn him into a lifelong reader with a deep appreciation for a well-told story.

There are a lot of good authors out there, and Gould's favorites include a long string of boring American classics, but on the more contemporary side, he enjoys the thrilling works of Michael Crichton, Stephen King, Steve Alten, Douglas Preston, and Lincoln Child just to name a few.

Gould is incredibly grateful to have such wonderful support from readers, including family, friends, and current and former students. Storytelling might be mankind's original form of inspiration and entertainment, and he's thankful to be a part of such a wonderful tradition.

Great read! Intricate plot twists keep you reading. Perfectly written to visualize each scene and feel connections with each character.

I could NOT put this book down. It is a fascinating and fantastic read. The writing is fast paced, the characters eminently likable, and the plot riveting. If you like Dan Brown or Michael Crichton, you will love D.L. Gould's The Lazarus Vaccine. I look forward to more from this author. In fact, this is a novel I foresee being made into a blockbuster movie.

A true cliff-hanger that debates the most crucial questions of our time.

Every chapter left me wanting more. Admitinglyy, I am not an avid reader, but I was blown away by the level of description and the build-up of the plot. Several philosophical questions were raised and the book made me question the hybridisation of humanity and machine.

DL Gould's first book was a great one! Enthralling and unique plot; deep character development. It was difficult not to read in one sitting! Can't wait for a second novel!

It’s an enthralling story from start to finish. Once you start reading it you will not want to put it down. Gould does an excellent job of keeping things both exciting and concise. The result is a thrilling science fiction novel that’s easy to get through with an ending that can’t help but leave you wanting more!

I LOVE this novel

The first time through, I read it in a day, so intrigued from beginning to end. When I read it a second time I appreciated the deep characterizations, concepts, hidden layers, and hope that this author has many more novels in the works. The Lazarus Vaccine keeps you thinking.....

From The Daily Journal - Joshua Riley

From The Lasco Press - Steve Sweitzer

"Q and A with Author of The Lazarus Vaccine"

From The Daily Journal - Kiera Allen

From The Book Tuber - Tiernan Bertrand-Essington

DL Gould will be part of the Meet the Authors series sponsored by Fenton's Open Book in Fenton, Michigan, October 15th, 7 - 8:30 p.m. at the Fenton Community Center. Click below to view Fenton's Open Book events page for more information.

The door to Interrogation Room B opened, and a sad looking man in a baggy suit entered. He wore glasses and looked more like a divorced high school science teacher than a lawyer. He did not say hello.

“My name is Edward Beck,” he said without looking at Jason. “I’ve been assigned your case from the public defender’s office.” As he sat down, he opened a briefcase and pulled out a few files. “Do you have any idea where your father is?” the attorney asked while shuffling some papers.

“No, do you?” Jason said quickly and with a clear fuck-you attitude.

“I’m here to help you,” Beck said. “So don’t get defensive.” He snapped his briefcase shut and stared at Jason with no attempt to conceal his disdain for being awoken in the middle of the night. “I spoke to the detective assigned the case, and this is a rather peculiar situation. I’ve also left several messages with the state department.”

“I didn’t kill those people in Mexico.”

“Yes, I know. I’m fairly certain you didn’t either, as is Detective Rayne. The problem is, though, the police report from the Federales is not wrong. They have your fingerprints at the murder scene.”

Beck passed a file over to Jason. He opened it. Everything was in Spanish. He scanned through several pages, flipping around.

“You know Spanish?” Beck asked with a doubtful eyebrow.

Jason ignored him. “This says the crime took place on August 25th.”

“I was having lunch with my friends that day; even Adam was there.” Jason remembered that date specifically because they had been at the Shack that afternoon. It was the day Adam was acting super weird and suddenly ran out on everyone.

“Adam Evans? The other delinquent in the fight?”

“Yes.” And who the fuck are you calling delinquents, pal?

“You could prove this?”

“Well, there were a lot of witnesses. We were at the Shack.”

“Okay,” Beck said, listening intently and writing notes. “This is all very interesting. Here’s the problem. Your prints are a dead match. All ten fingers, no percentage room for error, literally an exact match. To the Mexican Federales, you’re their perp and they want you extradited.”

“Don’t worry; we’re going to get to the bottom of this. Can you give me the names of everyone who could place you at the Shack that afternoon?” Beck was ready with a pen and legal pad when his cell phone buzzed. He looked at the screen puzzled for a moment. “This might be the state department,” he said, then answered the phone, “Edward Beck.”

Jason watched the thin-faced lawyer as he listened to a voice on the other end. Confused, he slowly extended his hand with the phone and said, “Umm, apparently you have a call.”

Just as confused, Jason accepted the phone. “Hello?” he said into the receiver.

“Jason Orchard, listen to me very carefully.” It was a woman’s voice, aggressive and sharp. “This is Lazarus.”

“Yes,” the voice on the phone continued. “Your friend, Adam, is in serious trouble. There is a man coming to kill him. You have to help him, and the police cannot be trusted. I can help you escape, but you need to do exactly as I say.”